How often do we fall for marketing over performance? Do you really want to know? DEMO DAY! 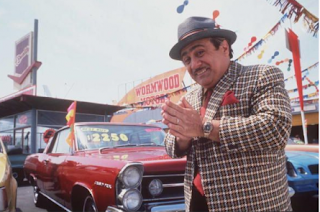 Let's talk marketing. Every cent paid to pros to play equipment, every ad, every paint job, every cardboard standup, and every little Google ad to the right or left of the page you're surfing on.  Marketing is what sells clubs. Why is that? Are we as golfers so inept at knowing what we want, or recognizing performance that we need other people to tell us how to spend our money? Certainly not. Are we tiny striped varmints that must have the shiniest new toy and keep up with the (Bobby) Joneses? Unfortunately that might be it.

When talking about technology - things don't leap forward at the pace manufacturers would have you believe - with one exception but I'll get to that later. Thing is, MOI, Trampoline effect, CC head size, Groove depth -- it's all CAPPED.  The USGA says "hey, that's enough. NO more".  There's an entire section in the rule book about what a club can and can't look like, all the way down to the amount of bend you can have in your plumber's neck putter. Not kidding at all. It's all carefully worded, carefully measured, and ham-fistedly capped by the USGA.  So why are there new clubs coming out every 6 months saying they're increasing this or that? Because it's 2016 and +1 micron is an increase. No joke, that's about what's happening too. Think of it this way:

Club A 2015 says it's average dispersion is 10 yards (just keeping round numbers here, kids) offline due to XYZ technology.  Club A 2016 promises a 10% improvement in dispersion over the previous model!  Sounds big, but that 10% improvement is 1 yard in this case. Actually it's half-a-yard on each side of the dispersion chart (right and left).  So, is 1/2 a yard closer to the center line really worth $500?  If you say yes, you have too much money and not enough grey matter....  The thing is, manufacturers have found the "buzz words" that golfers think they want to hear. They brought the tech side out and if they say it enough times, we'll just have to buy. Talk about turning a 50 cent word into a million bucks!

To continue.... These new clubs ARE released with some genuine technology in them - things like adjustable weights and adjustable hosel sleeves are really nice to help dial in the specific launch conditions that a player might need (not to mention they save the manufacturers MILLIONS by not having to manufacture different lofts). Some of it is even old tech recycled for a new generation. I remember in my youth (not too long ago actually) there were carbon fiber crowns and sliding weights.  They went away and came back just the same and now it's the "hot shit" with people buying it up like mad.  It's all reference and marketing.   "BUT CHRIS!" you say "I gained 10 yards over my last club!".   I'm sure you did, and there's a few good reasons for that - one of which I said I would get back to above.

1st, not to beat a dead horse but clubs are getting physically longer. We've covered this before. 5 irons the length of 4 irons. Drivers to 45.5 inches or more. That will get you distance if you hit it well, but the real reason is something nobody really thinks about outside of one letter::

THE SHAFT!  I'm not talking about just the length though. Every single one of those new drivers out there has a brand spanking new, redesigned shaft. There are options where you can get an older variety -- oddly enough considered an "upgrade" but for the most part each one has a new or different shaft.  Why is that? Because shaft technology is the only thing in golf equipment that's not limited.  WHAT? -- -Yes. --- NO!--- yes.   The length limit and shape of shaft is defined in the rule book, but there's really no way to limit kick, material, and energetic response of something like a shaft. Steel or graphite, if they're straight and under 48" playing length, they're legal. This is good news for us.

Over the past couple of years, shaft tech has absolutely EXPLODED. You can customize not only your flex, but your torque, kick point, materials, and balance point. Fujikura has an entire line of shafts that are all completely different flex profiles and amount of torque. There are shafts with multi-material blends where metal and graphite co-exist to make a crazy powerful combo.  Some have more resin or higher thread counts in certain areas to stiffen them up.  All of this combined allows more energy to get to the ball and provide you with more distance and accuracy. Piles of data is analyzed from what goes on at takeaway through just before impact and even afterward to create shafts that more or less hit it for you!  They know how you swing and are engineered to do one thing - deliver whatever you put on the end of them as hard and fast as it can into the back of that unsuspecting white orb on the tee in front of you.   Last week, I literally put a brand new 2016 shaft in a driver head that is 5 years old and it out performed every new driver that the client tested it against. Even if it came in a close second, that's still an immense improvement for not a lot of buck. 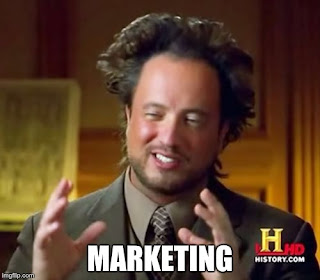 Now, a great shaft will not help a mis-engineered head. That's not what is going on here.  What's true is that there are caps made by the USGA on the heads of golf clubs. Believe me when I say that they are all within a few points of that legal limit. Unnoticeable by human perception kind of points. Even the little no-name component companies.  Look into a good engine for your club - it's going to be cheaper, and a better fit than picking up something new off the rack and trying to make it be your old faithful. Going back to another post from months past - you have to like what you're looking down at. If you like it, give it a tune-up.  Ol' Betsy still has some yards to be had, trust me......


If you wanna see what it can do - We're having a demo meet and greet at Leisure Lanes Driving range in Lancaster, PA this wednesday April 6th, 6-8:30pm (ish).  Come see what a shaft tweak can do for your driver, get your numbers on our flightscope, or just hit one of our component heads against your current neutron stick. It'll be fun!
Posted by The Club Nut at 2:00 PM