I was recently chosen - along with about 5000 others -  to try out the new Taylormade M2 iron. They shipped me a 6 iron, via fedex and it arrived today. The claim is that this 6 iron will go higher, and farther than my current 6 iron. I immediately put to task getting all the vitals on the new M2 iron and came up with some really disturbing things:

1.  The specs on the site say that the 6 iron is 37.625" long, D2 swingweight, and 25 degrees of loft. The 6 iron I received is 38.25" long, D3 swingweight and 26 degrees of loft. This is really disheartening for a company that is as large as TMAG. I refuse to believe that this iron is not INTENTIONALLY built like that. I'm not sure that is such a good thing over being a crappy build.  Being 1 degree off, or one swingweight off isn't a big deal. Well - maybe the swingweight, but I digress, 3/4 of an inch longer than it should be is a little much to be a mistake. Count that it's also a full inch longer than what a 6 iron should be - or 1/2 an inch+ if it's to spec'd length - sounds like someone isn't playing fair. 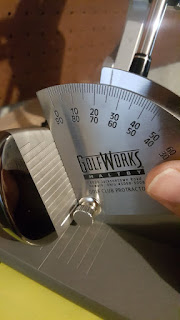 2.  I requested a regular flex. I'm not the man I used to be - or rather my back isn't the back it used to be - so I need something that doesn't have a lot on it. I put it on the deflection board and it comes out at a regular. The problem with this is that it's STIFF marked on the shaft - so it stands to reason that these club flexes are a full flex off of what the shaft is specified at. It also doesn't appear to be a high launch shaft. Mid to high at best, in my opinion, judging by the flex profile under load.


3.  The grip has a rib in it... which is fine. However, it's set so the face is at a closed position. This is presumably to be a reminder to press the hands forward, as it lines up nicely square for me when this is done. Still, when you look down the shaft - the grip is actually on crooked. The butt graphics line up with face square, and the bottom hand end of the grip is twisted strong, causing the hood. As a fitter and builder, putting the rib in a different position to promote face angle is fine, but for God's sake put the damn thing on straight. IT's ok to twist it, but  this is standard from the factory, come on! They're either trying to stack the deck with this length, or dare I say inept at putting a golf club together. It's nice to get something free, but how about something that's right? 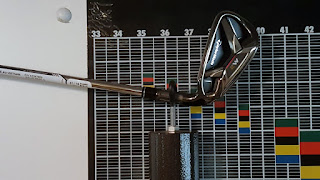 Already Three strikes against this new iron from Taylormade. Overall it's kind of a sharp looking iron. I like the nickel black, I don't mind the thick topline as I play one myself, and it feels kind of nice at D3.  I chipped a few balls around the basement and I don't like the clickey sound I get from it. It also feels sort of hollow, like if I swung really hard I could cave the face in or break it.  The range time will tell there. I will put it up against my current 6 iron and see if it truly lives up to what TMAG says. Higher and Longer than my current 6. We'll see. The Flightscope will tell the tale - even though it's a fixed fight. 4 iron length, 5 iron loft - should go further.  My 6 iron is strong as well at 28 degrees, but it's the standard length for a 6 iron - a full inch under what this tester club is. All I can say is that this club better beat me by a LOT if it beats me at all.

Part 2 will be at the range with the flightscope. 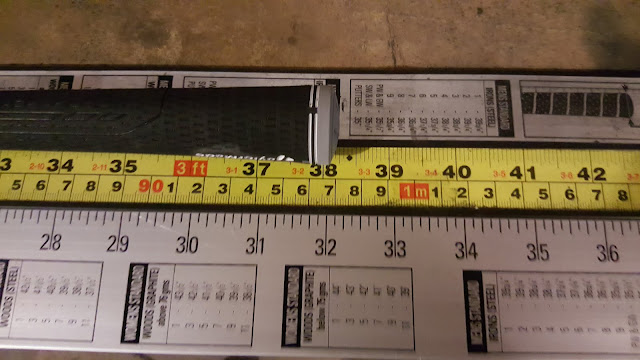