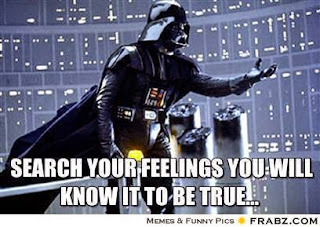 Mark the Golf Addict
Posted by The Club Nut at 12:34 PM No comments:

It's been about 2 years since I last posted to the blog.  Lots going on, and most of it has to do with golf! There's something that's been bugging me for a long long time, however, even though I've written and written and written about it time and again. That, my friends, is the value of golf equipment.

For the last 2 years, my business has been golf. I have fit many, many players and done work on a large number of golf clubs but one thing has always stayed the same:  Golfers want the best deal. I want to give the best deal but there's an unfortunate hurdle between my business and golfers: MAP pricing.   This is the price that manufacturers say you can't go below or else you lose your dealer status.  The sad part is that most of the eBay salespeople and online swappers are NOT dealers and can therefore provide a product WELL under this set pricing.  It got me thinking about how we view equipment value these days.  Let's talk in real world examples:

Player A buys a brand name driver - We'll use the previous year Taylormade M3 as a standard. Brand new, stock off the rack this club was valued at $399.00 in most markets.  A year later, there's a new launch of driver offering more yards so Player A decides to sell his M3 and get something new.  Nearly EVERY store out there has a policy to trade in that club and provide a value for it.

Players know there's guaranteed money out there when they're ready to upgrade. Why isn't it this way with components? Because it's HARD to do. It's easier to counterfeit a tube of fiberglass than it is to make a convincing model of a full club.  Check out this video from Rick Shiels Golf when he bought a driver off a known counterfeit site just to see what would happen:


Obviously, it was no contest and you can tell just by looking, let alone the performance. Still, what about shafts, grips, or even component sets?  The PGA Value guide doesn't have listings for the smaller boutique brands. There's no Wishon Golf or KZG on the guide so we're left haggling with people who want to lowball a player who's looking to upgrade. Even as a shop with the ability to examine clubs, there's just so many unknowns.  I can't offer a good price for shafts because I don't know where they've been or how they were put together. It hurt me to tell people that I might be able to give them $25 for a shaft because there was no trade-in schedule for them. This didn't sit well with me, so I took action.

The Club Nut has sat down and drafted the "Normalized Trade Value Program".   In a nutshell, it's a list of conditions applied to new builds coming in 2020 that allows the buyer to know EXACTLY what their purchase will be worth up to 1 year in the future when it's not on the PGA Value Guide.  Why is this important? Have you ever tried to sell a set of shaft pulls? You might as well give them away unless you're prepared to sit on them for a while. That hottest driver shaft you wanted to try?  Yea, even before the year is up there's a ton for sale and you're left holding the bag.  Now, we'll take that shaft back in credit toward your next upgrade.

For the TLDNR crowd, it breaks down thusly:  If you purchased it from me, haven't let anybody else screw it up with less-than-adequate workmanship, and have taken decent care of it without wrapping it around a tree or seven - then you've got something to trade in.  That's it. Call it rewards, call it a guarantee I guess, but you'll know you have something that you can actually trade in.  There are rules, however and it has to meet the parameters set forward. The reason?  See video above.

I just see clients and non-clients alike selling extremely good products for pennies on the dollar or including them to "sweeten the deal" in sales that are already below what the product is worth.  That value should be yours and should translate to more golf and more on-course refreshments! (Also maybe a gift to the spouse for not giving you an earful for golfing every weekend?).  Likewise, I've seen tons of fake equipment come through the shop that players have spent a pretty penny on with no recourse.  It's your gamble, ultimately, but you've got friends in your corner.

Speaking of saving money - there's our Founders Club gift card.  It's like saving 25% on everything you purchase through The Club Nut -- then saving another 15% minimum when you upgrade! I don't know, sounds like a decent deal to me. See the store items for more details.