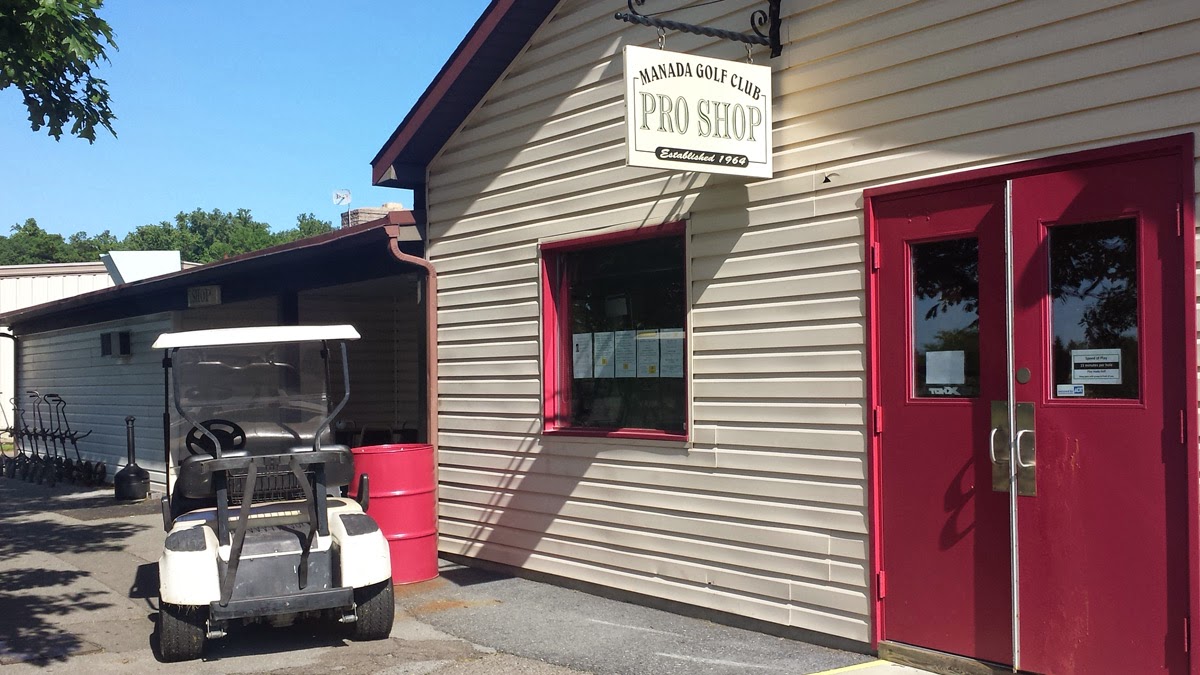 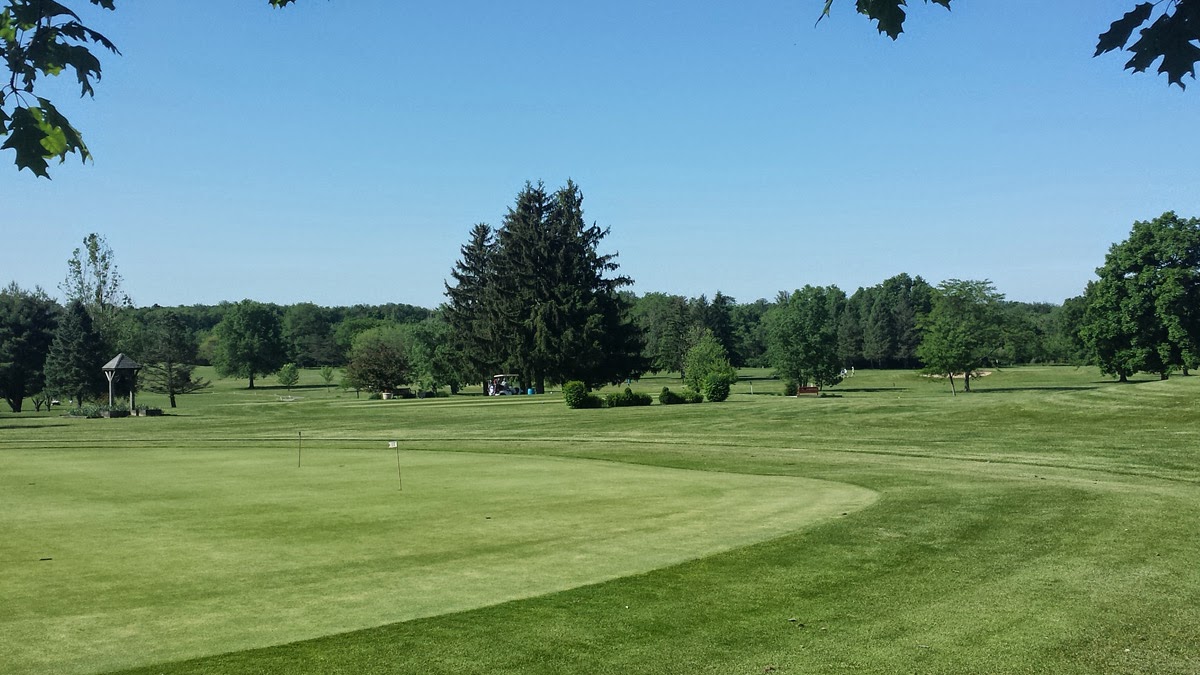 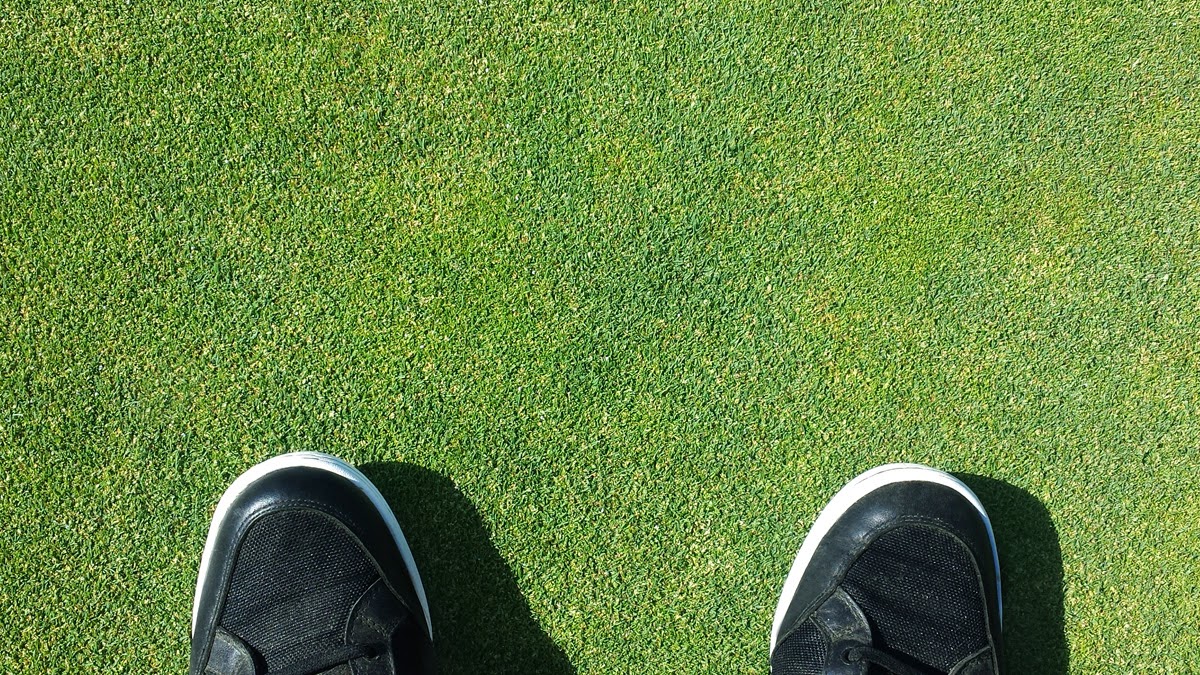 A few more puffs as I watched the clinic scamper on. The ash had grown to a little over an inch before the next gust of wind took it off. Not bad for the little toothpick. I didn't really feel like getting up to grab my bag since I was enjoying this little stick way too much. Playing golf for 28 years, I've seen and heard it all. All the theories, all the tips, and all the tricks. Doing them is a totally different story and I watched this man try to make beginners do things that seasoned pros still struggle to do. He did an exquisite job of all of the golf jargon and gobbledigook that people tilt their heads and say "huh?" and putting it all in layman's terms. I saw a bunch of lightbulbs going off and it really had me thinking that I should sign up for one of these and get my short game in order. Meh, maybe next year.

Back to my relaxation. Nothing to write home about with the lancero. Once you get into it, there wasn't a lot of change. Occasionally you'll get the puff or two of more cedar than anything else, like you woke it up from a snooze, but it changes right back to it's original smoothness and you drift off into solving the worlds problems while enjoying a treat of a cigar. It really hurt me to put it out when it got down to finger-width. I need to lose some weight in my finger tips, or get myself a clip for these gems. Either way, it was getting on time to register with the Scramble.  Cigars 4 good -  two things I like in the world, paired with my third - GOLF! WOo!  I need another cigar to go into what's happening with them, but if you follow the link and check out the website, you won't be disappointed. It's for the kids. Look them up and get out to an event. You won't be disappointed.

We started promptly at 1:30 and it was a really good time.  We worked our way around the course - sorry to say this time I was more interested in trying to win than taking photos, but I found that what you see from the clubhouse is what you get on the course. There really wasn't any difference in the quality of the putting green as compared to the actual greens. The fairways were kept quite well and the course as a whole had only a few bad turf spots - presumably from the harsh winter or a bit of shadow/ moisture that's tough to get rid of.  Of course I found one of the handful of spots - that's my luck.

Overall, Manada has something for everyone. It's a great players course and offers challenging greens and some really interesting and unique tee shots that force you to work the ball both ways.  On the other hand, the majority of the holes are wide open without a lot of tree cover so if you're not the straightest arrow in the quivver, you'll be just fine and still enjoy your round. Bring your putting game though, because the last time I'd seen curves and mounds like these I was at a strip-club.  Bazinga!
Super friendly staff round out this must-play course in central PA. If you like a good game on a tight budget, grab the crew and head up here.

Bonus, here's a few snap shots from the C4G tent after the round.  Raffles, cigars, and trophies abound - capped off by silent auctions of all manner of merchandise to help children in need. 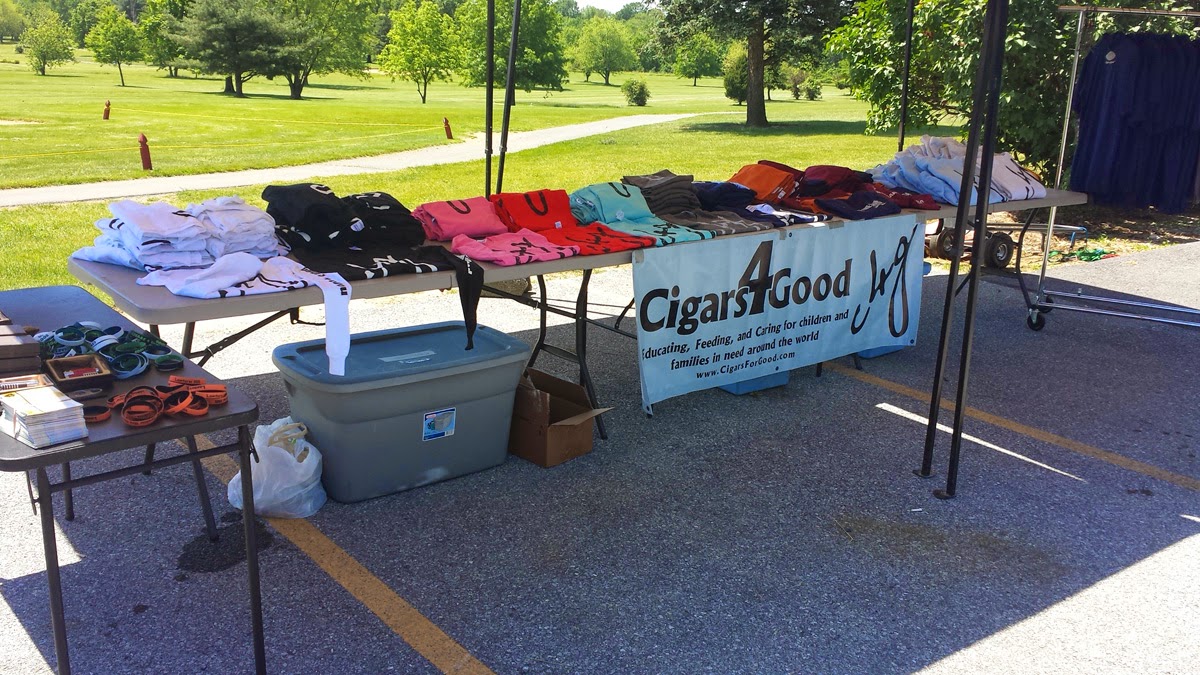 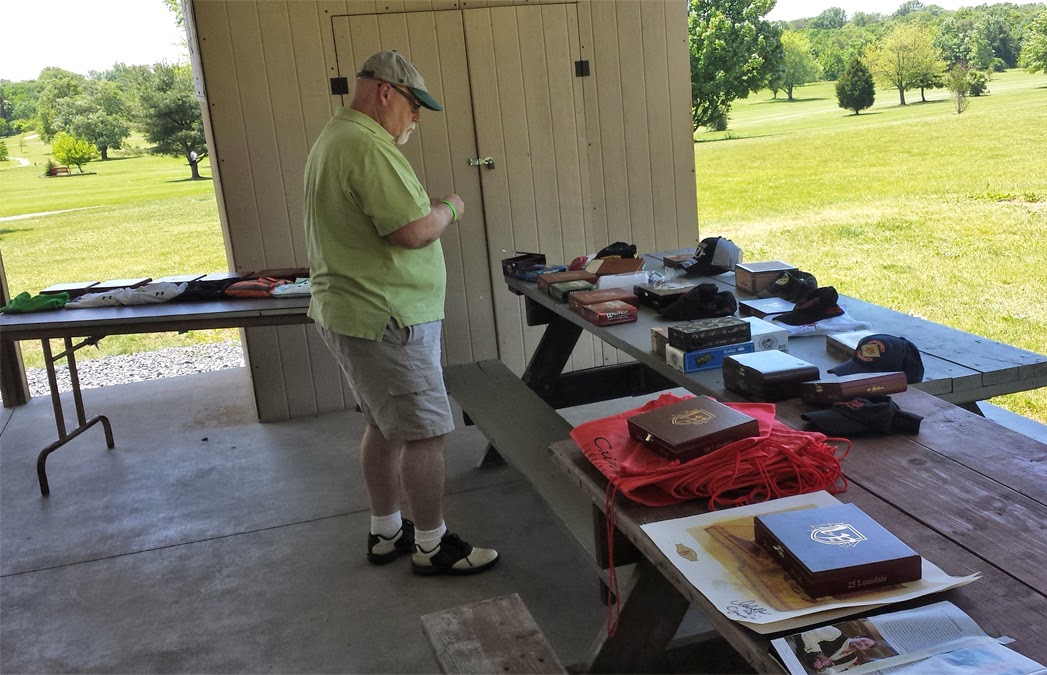 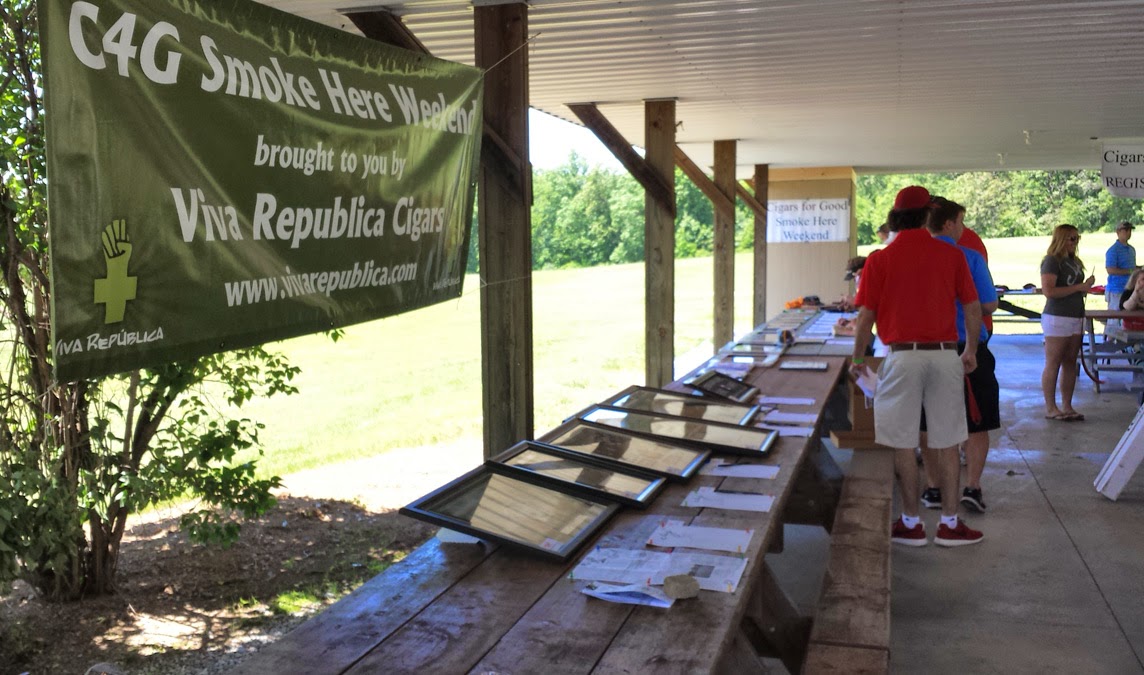 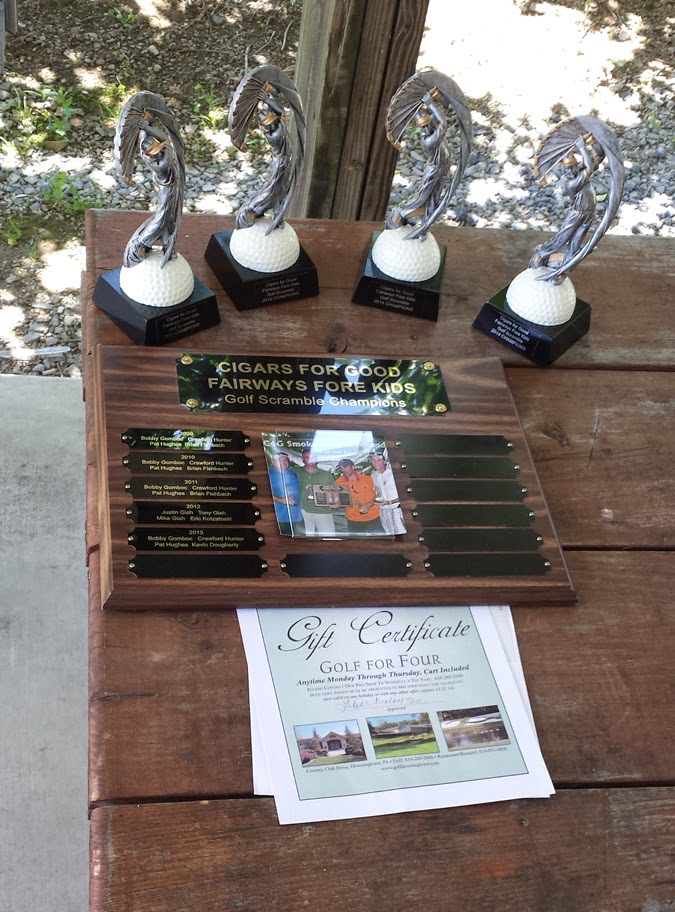